​ "Spirit Quest," the sequel to "The Cry of the Innocents,"
has been published and is available on Amazon.com.
All royalties go directly to the
Friends of the Peachtree City Library.

The sequel to "Spirit Quest," a continuation of the adventures of the
Eastward Kiva Society in the American Southwest
of an alternate universe
with a working title
of "Skinwalker,"
is in development.

Please scroll down to see all books.
​All royalties go directly to the Friends of the Peachtree City Library.
​
Thank you for visiting. Please come back.
Click here to order all books from Amazon.com 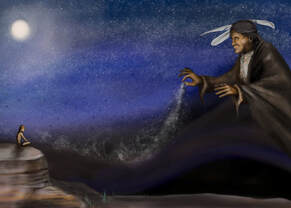 Spirit Quest
The last Medicine Elder is murdered, shot by a high-powered sniper rifle. Children and adults are dying of strange diseases, including polio, long thought to have been conquered, and leukemia. Adults die of lymphoma. More murder victims are found. One young man, crippled by polio, struggles to climb to a holy place where he might meet his spirit guide, but encounters the unexpected.. The young men of the Eastward Kiva Society join their allies, Dr. Nastas Deschene, the Nation's coroner and a forensic anthropologist; Joseph Eagle Wings, Chief of the Nation's Police; Susan Calvin, investigative reporter and now wife of Dr. Deschene; Doli Tabahaa, lawyer and lobbyist; and FBI Special Agent in Charge Gabrielle Winder to solve the mystery. But, is there only one mystery, and can science and spirituality work together to delve deeply into the situation?
Cover design and realization by J.R.C. Dyer (jrcdyer.com)
Interior illustrations by Janine Rhodes (janinerhodesillustrator@yahoo.com) 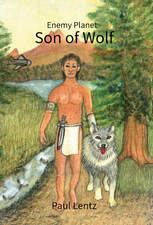 Son of Wolf
Garreth is born of a surrogate – his mother is captain of a starship on a ten thousand-year mission. He is attacked by assassins when he is six days old. His childhood is marked by games of war. When he is six, Garreth sees a brother taken away for execution because he is a demon – a telepath. Garreth knows he, too, is a telepath, and fears discovery. At age eight, he encounters a feral wolf in the forest and adopts the wolf, whom he names Arawan, meaning “unrestrained wildness.” One hundred eleven years after his birth, he is Helmsman of the Corvette Cardis, a starship of his father’s fleet, when the ship encounters – and attacks – a starship of his species’ Adversary.
Cover art by Leslie Kronkhite Armstrong; final cover design by Angie Gallion angiegallion.com.
Interior illustrations by Joe Dyer jrcdyer.com
Paperback $12.50
​Kindle Edition: In progress

​On Ty Ty Creek: Sweet Potato Pie, Moonshine, and Other Southern Traditions
Originally published as “The Gospel Truth.” If you have a copy of that book, please do not order this one.
A boy growing up on a farm in rural Georgia during the Great Depression of the early 20th Century faces a crisis of faith when his little brother dies. For the rest of his life, he struggles to reconcile what he learns at his church with what he sees around him, including the racial divide, Klan murders, hypocrisy, abject poverty, law-breaking, and the different message he hears from his grandfather, preacher at the biggest church in Athens and who has his own radio program.
Paperback $12.95
Kindle 99¢
Kindle Unlimited Free

​The Stuff of Life
Years ago, the people of a planet near the center of the Milky Way Galaxy sent out ships whose mission was to seed planets with the stuff of life: single-cell animals and plants; eggs of reptiles, amphibians, birds, and fish; and infant mammals. The people’s purpose: to prepare these planets for their children. Each ship’s crew includes at least one telepath. In 2002, a telepath is born in the hospital at Fort Hood, Texas. In 2015, he contacts one of these seeding ships. This is their story.
With illustrations by Patricia Lentz.
Paperback $14.25
Kindle $2.95
​Kindle Unlimited Free 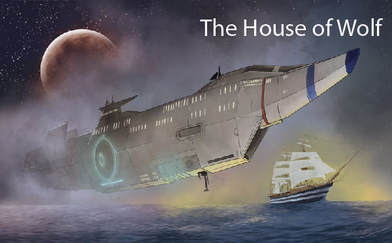 ​Enemy Planet: The House of Wolf
Book II of “The Stuff of Life” tetralogy
Starships and sailing ships. Swords and laser pistols. Vendetta, conspiracy, assassinations. Spies with telepathy. And now, an enemy somewhere among the stars. The House of Wolf (House Bleddyn) is the strongest family on World – militarily, economically, and politically –
although its leader must contend with shifting loyalties and plots. His eldest son is not heir, by law. The Gens of House Bleddyn must balance the tension between the two oldest sons while using both to further his goals.
Cover art by www.MikeDAnimationStudio.com
Paperback $14.95
Kindle: $2.99
Proudly powered by Weebly